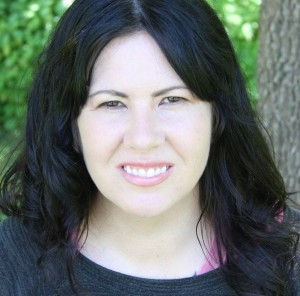 Gretta Parker’s efforts to rescue bunnies in need started with a chance encounter at the local animal shelter.

Gretta Parker has written for the Examiner, Triad Happy Tails Magazine, and edited for Polo Ralph Lauren. She self-published her debut book The Easter Bunny That Grew Up about her beloved rabbit Flopsy Parker that captured hearts around the world with his message of rabbit adoption. He was a little rabbit abandoned at a North Carolina shelter that went on to find fame on Facebook for his antics. She used the proceeds to start the Flopsy Parker Memorial Sanctuary for elderly bunnies, special needs bunnies, or bunnies with behavioral issues. The $7.50 Bunny That Changed the World is her debut book with BQB Publishing that celebrates Flopsy’s life in pictures and expands on the lessons he taught her. He only cost $7.50 to adopt, but he was her greatest teacher. He taught her more than a college education did in just two short years. She wrote this book to inspire other people to go their own local shelters and rescues around the globe and to adopt or volunteer.

She is the mother of five bunnies, all adopted from shelters and runs Baskets for Bunnies, Inc., a nonprofit that supplies rescues with supplies.  She plans to start of a series of clinics in the United States that offer low-cost rabbit spay and neuter clinics in Flopsy’s name.

The $7.50 Bunny That Changed The World has received excellent reviews. Make sure you check them out!

Check out pictures from Gretta’s appearance at the 2013 BEA, along with pictures of her accepting her Next Generation Indie Book Awards!

Gretta was recently interviewed by Blogger’s Bookshelf. Check it out!

The $7.50 Bunny That Changed the World is available in hardcover and paperback through the BQB online store. All versions (print and eBook) are available through the following retailers, as well as all other major book and eBook retailers: