Reviews for The Leftover

5 stars. “‘You want me to do what?’ Megan Malone would do anything for her sister, Molly, but she needed clarification on this rather bizarre request. Molly was the adventurous one. The athletic, social daredevil. Megan was thrilled when her sister’s desire to join the ranks of a new TV survival series became a reality. Megan, on the other hand, was more than content to stay at home where she enjoyed the privacy required to work as a voice over artist for various clients. Molly’s announcement that her pregnancy (No way! What? Megan’s going to be an aunt!) would not allow her to compete meant that Megan was easily cajoled into taking her sister’s place. 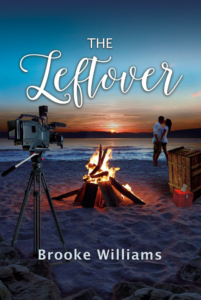 Stepping outside her comfort zone, Megan agrees to give it her best, secretly hoping to fail as quickly as possible. That is until she meets the ‘camp’ medic. Cane Trevino, recently duped finalist in the wildly popular reality show Accept This Dandelion, is even better looking in person. With the contagious competitive attitude of fellow group mates, military Grace and egocentric Andrew, Megan reforms her defeatist attitude and plows full steam ahead into the ridiculous expectations of The Leftover. Determined to make her sister proud and anxious to complete the competition physically unscathed, Megan more than makes up for her lack of athletic prowess by coming up with logical tidbits of strategy to remain in the competition as long as possible.

Reality show fans, The Leftover by Brooke Williams is a must-read for you. Anyone who is familiar with such media super hits as Survivor, The Bachelor, or The Bachelorette is sure to be amused by Williams’ adaptation of this rather satirical rendition of binge-worthy television. Such a fun read! Read it in a day!”