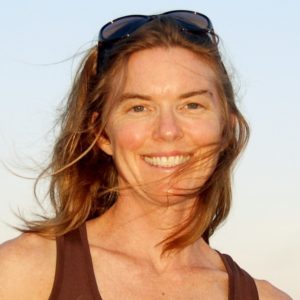 Born in Maine but raised in Tampa, Erica Witsell lived in Connecticut, California, Ecuador, and Italy before settling in the mountains of western North Carolina fifteen years ago. A high school teacher for over ten years, Witsell now teaches English as a new language at a community college in Asheville.

Erica’s son was barely two-years-old when her twin daughters were born. She began writing a blog, On the Home Front, to capture the joys and challenges that came with mothering three children all under the age of three. Six years later, her blog still eloquently captures the many “connections between her children’s experiences and adult ones—not to mention the universal human experience.” Erica’s writing has appeared in The Sun Magazine and Brain, Child. Give is her debut novel.

Erica loves mountains, languages, bicycling, and dance. Her favorite time of day is “book time,” when she piles on the couch with her kids to read.