Gary F. Jones’ life has been a testament to questionable decisions and lost opportunities. 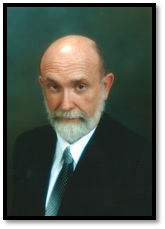 Gary Jones planned to go back to graduate school and get into research, but something in his veterinary practice or family always intervened. His procrastination continued until he went camping with his family and poured alcohol into an alcohol stove to refuel it.

His second novel, Stolen Virus, tells the story of Jason Mitchell, a graduate student at the University of Minnesota. Jason can’t keep his mouth shut, lie convincingly, or follow orders, but the CIA enlists him to retrieve a deadly mutant virus stolen from Jason’s lab. From Washington to Yemen, Marines cringe, Senators fume, and CIA agents shudder as Jason dodges bullets to prevent jihadists from developing a biological weapon. The book will be released by BQB Publishing in May of 2016.

Gary and his wife reside in Omaha, Nebraska.

Check out the reviews for this book.

Gary’s novel, Doc’s Codicil, is available through the BQB online store, and the below retailers: