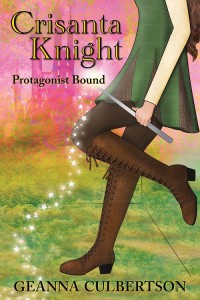 I was going to be a great protagonist. At least that’s what my mom, Cinderella, kept telling me. I, however, had my doubts.

Unlike most main characters at Lady Agnue’s School for Princesses & Other Female Protagonists, I was opinionated, bold, and headstrong. Moreover, for a princess, I had a lot of issues. I’m talking vicious nightmares about people I’ve never met, a total stalker prince, and a Fairy Godmother for an enemy.

But I digress. Because here’s the thing about living in an enchanted realm of fairytale characters, crazy junk you never planned on happens all the time. One minute you could be practicing fainting exercises in Damsels in Distress class, sword fighting in a field, or flying on a Pegasus, and the next, BAM! Your book has begun and you’re saddled with a prophecy that changes everything.

I still don’t know if I will be a great protagonist one day. But I do know one thing about my fate, for certain. Despite what The Author and the antagonists have in store for me, whatever it costs . . . I’ll be the one taking charge of my own story. 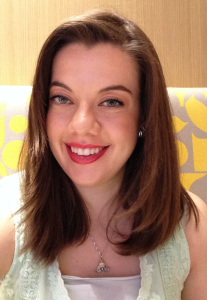 Geanna Culbertson adores chocolate chip cookies, watching Netflix in pajamas, and the rain. Of course, in her case, the latter is kind of hard to come by. As her dad notes, “In California, we don’t have seasons, we have special effects.”

On the flip side, she is deeply afraid of ice skating and singing in public. Although, she forces herself to do both on occasion because she believes facing your fears can be good for you.

During the week Geanna lives a disciplined, yet preciously ridiculous lifestyle. She gets up each day at 5:00 a.m. to train. Goes to work where she enjoys a double life as a kid undercover in a grown-up world. Then comes home, eats, writes, and watches one of her favorite TV shows.

On weekends, however, Geanna’s heart, like her time, is completely off the leash. Usually she’ll teach martial arts at her local karate studio, pursue yummy foods, and check out whatever’s new at her fav stores like Banana Republic. To summarize, she’ll wander, play, disregard the clock, and get into as many shenanigans as possible

Crisanta Knight: Protagonist Bound is available for order in the BQB online store. All versions (print and eBook) are available through the following retailers, as well as all other major book and eBook retailers: