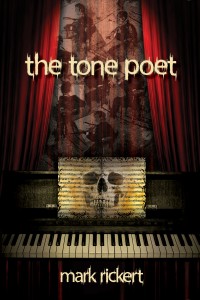 Death and resurrection, demons and nightmare music, The Tone Poet is a redemptive, spiritual journey that will lead Cameron Blake to the secrets of the self and beyond, to the vibratory heart of the universe.

Mark Rickert was born in Nashville, Tennessee. The grandson of songwriter and country music manager Merle Kilgore, he was brought up in the peripherals of Nashville’s entertainment business. He served eight years as a journalist in the US Army Reserves while spending a year in Baghdad during Operation Iraqi Freedom where he wrote for various military publications.

After he returned home, he earned his master’s degree in English literature at Middle Tennessee State University.

He currently acts as chief of public affairs for the US Army Baltimore Recruiting Battalion at the Fort G. Meade military installation. He is a contributor to the Recruiter Journal, a monthly publication for the members of the US Army Recruiting Command stationed across the country. 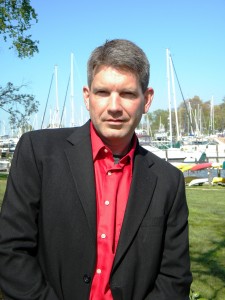 He lives with his wife and daughter in Annapolis, Maryland.

The Tone Poet is now available in the BQB online store and wherever books are sold. The ebook is available through Kindle, Nook, Kobo, and other major retailers.

Make sure you check out the sneak peek for The Tone Poet!