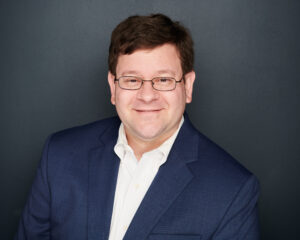 Michael E. Ginsberg is an attorney in Washington, DC practicing in the field of national security law. He spent a decade in private practice at Arnold & Porter LLP in Washington, DC and then worked several years in the U.S. government as a Senior Associate General Counsel in the Office of the Director of National Intelligence (ODNI), where he served as legal counsel for the Intelligence Advanced Research Projects Activity (IARPA). He currently is Vice President and Deputy General Counsel at a Virginia-based defense contractor.

Ginsberg has also served in senior leadership positions in the Republican Party of Virginia and is the co-founder of the Suburban Virginia Republican Coalition.

A 1997 graduate of Harvard College and 2002 graduate of Harvard Law School, he also holds a master’s in aeronautics and astronautics from Stanford University (1999). A native of Baltimore, Maryland, Ginsberg lives in Centreville, Virginia with his wife and two children.