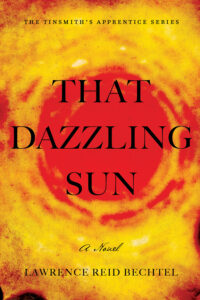 “That Dazzling Sun,” Book 2 in The Tinsmith’s Apprentice trilogy, continues the vivid coming-of-age story of Isaac Granger, slave to Thomas Jefferson, begun in Bechtel’s marvelously adept debut novel, “A Partial Sun” in which Isaac begins his complicated apprenticeship at age fifteen as a tinsmith in Philadelphia in the fall of 1790.

In this second book, Rachel Bringhouse, the tinsmith’s daughter and Isaac’s tutur, sails off to Englad to work alongside the famous social activist and poet, Hannah Moore, writing enthusiastic letters to Isaac and which Isaac answers back with assistance from the irrepressibly poetic cook’s helper, Ovid. Meanwhile, Billey gardner, the feisty and opportunistic former slave of James Madison, pesters Isaac with notions of a business partnership; the charismatic Dr. Cornelius Sharp uses Isaac to confront Jefferson as a debt-ridden slaveowner; and the Reverend Richard Allen provides Isaac with a most surprising document. When an exuberant Rachel returns from England with a key insight and Isaac’s hated nemesis Daniel Shady reappears, bent on revenge, the book rises to its crescendo, in which Isaac must rise to his own power and bargain at last with Thomas Jefferson on his own terms. 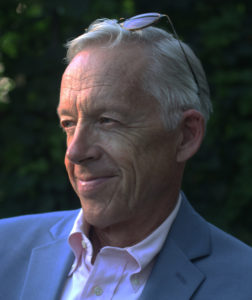