Mark Paul Smith graduated college on an Air Force scholarship with dreams of becoming a pilot. He had some downtime after graduation and before reporting for duty so he decided to hitchhike the world. A decision that would change his life forever.

As he traveled, his approach to life and his future decisions changed. He hitchhiked through the Iron Curtain and worked on a collective farm in Hungary only to find that communism wasn’t our real enemy. He met people from North Vietnam who showed him the real enemy was the U.S. war machine. Being an American was not popular in those days, but the people of the world showed Smith kindness and kept him alive when he ran out of money. The long road to decision showed him that people everywhere want peace, not war.

Mark Paul Smith’s hitchhike from Indiana to India in 1972 changed him from being an Air Force Officer into a conscientious objector. His faith in the United States of America was restored when he sued the government and won his case in federal court. His journey is one of faith, contemplation, and awakening, mixed with the freedom and abandonment of the 70s. 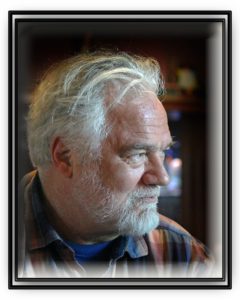 Author Mark Paul Smith started writing for a newspaper in 1972. It was thirty reporters in a sprawling newsroom, getting yelled at by a curmudgeonly editor chain smoking Camel straights. From writing obituaries as “the death editor,” to covering cops, schools, social services, city government and features, Mark learned that if a man bites a dog, there’s a story.

Mark’s novels are inspired by world travel, rock and roll lifestyle and courtroom drama. They’re about real people; not super heroes, violence-porn and body counts. Mark says that facing grief, betrayal and shattered dreams are enough for any character to handle, and that fortunately, love and kindness can become their own rewards.