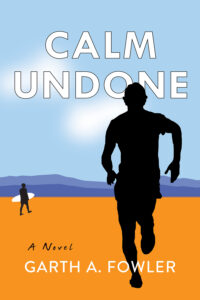 Calm Undone is a young adult novel that tackles many of the issues relevant to young people today (feelings of loss, a dawning sense of self, and the awakening of attraction) with a gentle, accepting approach.

Seventeen-year-old Tyler wants three things from his summer at the family beach-house: Run along the beach to get ready for cross-country again in the fall. Wander the boardwalk with his cousin Liam. And more importantly, figure out how to move on with his life after his Dad’s death from a car crash – one that Tyler survives.

But nothing about this summer is right: Running isn’t fun anymore. Mom spends hours alone in her room. Liam constantly ditches him to spend time with Melissa — a girl he met on the beach. Which forces Tyler to spend time alone with Finn, a friend of Melissa’s who surfs. At first, he feels abandoned, but Finn is easy going, interested in hearing Tyler talk about running, and the only person in his life that doesn’t treat him like the “kid who lost his dad.” All of which help Tyler realize that up to now, Dad had been the closest thing he had to a best friend, and in order to move on he has to accept the type of love those left in his life — Mom, Liam, and even Finn — have to offer. 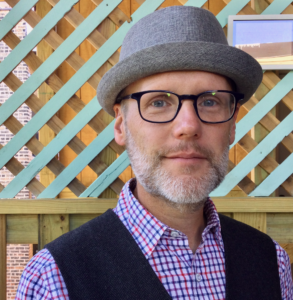 Garth A. Fowler lives, runs, and writes in Chicago. He studied psychology at the College of Wooster and went on to get a PhD in behavioral neuroscience from the University of Washington.

As a cognitive neuroscientist and academic he has published numerous scientific papers, articles, and book chapters on vision, cognition, and attention. He has also published articles on career preparation for young scientists and humorous stories on being a scientist in the highly-regarded journal “Science.”

An avid storyteller you can find him performing at story-telling events in Chicago and can follow him @GarthAFowler1 on Twitter and @GarthAFowler on Instagram. “Calm Undone,” which releases in 2021 is his debut novel.