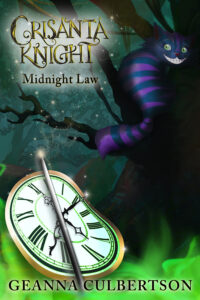 My best friend Crisanta Knight is quite good at storytelling—the sass, hyperbole, quick description of action. But I am not her, so I will be bringing my own voice to the table. While she went to Dreamland to wake a prince and princess from a sleeping curse, I stayed in Book to broker peace between the commons and our realm’s higher-ups—a choice I was confident in until my friends returned without Crisa. If I had been with them could I have saved her?

Normally I had a lot on my to-do list—hero classes, captain my Twenty-Three Skidd team, fighting bad guys. Now there were only three things on my list: 1) Deal with the fact Blue shut me down after I told her about my feelings for her; 2) Respect her viewpoint but also change her perspective; 3) Figure out where the frack Crisa disappeared to and bring her home.

I was never sure I deserved to be called a “hero,” but I’d been trying to earn it. My friends needed me to be one. Yet, despite fighting my hardest, I failed and a friend slipped through the cracks. So I didn’t care if I could turn to stone by invoking Midnight Law—if it was my best shot at bringing her home, I would follow the enchantment to Oz, Wonderland, Earth, and wherever else it took me.

Things had already gotten complicated when Jason made his… pronouncement. But now Crisa was lost and in danger, our enemies set on forcing her to lose control of her Pure Magic so she’d turn dark and help them conquer our realm. Which meant I had to make sure the two heroes magically able to find her made the right moves, and be willing to shake up the world like a dang salad mixer to keep the peace and save what mattered most.